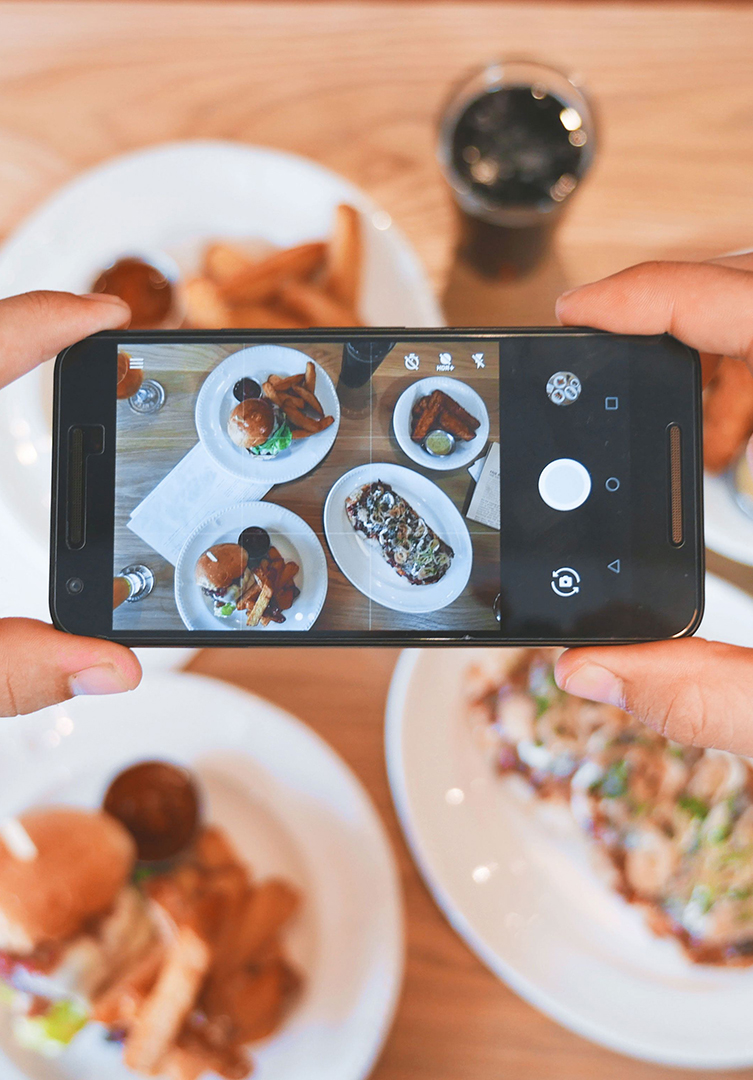 Megan Carpenter
I have more real-world content and social media marketing strategiesto share with you. Last time, I showed you how  videos and animations could build your brand. Now, let’s talk about social media advertising. We’ll start with a few examples. Here are some ads we did for CLSAutopilot, developers of a next-gen self-service client experience solution for clients and advisors. Like robo advice taken to a whole new level. 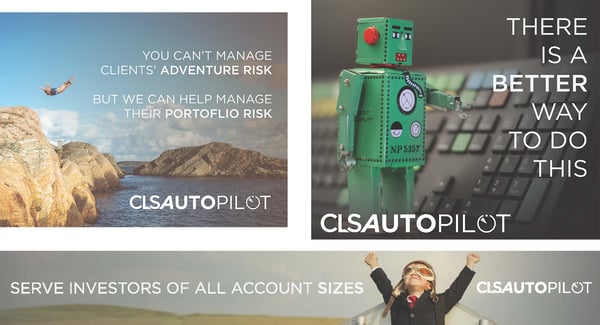 Let’s tease out some lessons about what works in social media advertising—and what doesn’t:

A picture really is worth a thousand words.

The most important part of an ad is a bold visual statement. You can’t clutter it up with words. You can’t cram in a list of services, or the number of years you’ve been in business. No one will read it. And it’s not just me telling you that—Facebook’s own algorithms will punish your ads severely if they’re too text-heavy. Your ads will sink like a stone.

If you want people to click on your ad, you need to be hyper-relevant to your target audience. Facebook and other platforms rank and rate ads by relevance, similar to Google AdWords. Your words and images need to show people exactly why they should engage with you, or you’re out of the game. In addition, your message has to be believable. Don’t get caught up in using market performance in their ads. Given the skepticism among investors, is a promise of great performance believable? And is it really the reason you want people coming to you?

Include a call to action.

Tell people exactly what to do—and what they’ll get in return if they do it. You need an offer. Unfortunately, advisors have a tough time with offers. Often, they want to offer a free initial meeting. I’m sorry, but if you were on Facebook, would you click on an ad offering a free dental exam? Why not? Dental exams are good for you, aren’t they? So why isn’t it a perfect offer? Because while you’re on Facebook posting cat pictures, you’re really not ready to think about root canals. It isn’t the time or place for that. On social media, focus on making a personal connection. Let them know you understand what they’re about. And have fun. One advisor firm I know served mostly ad agency executives. They made their entire online advertising campaign feel like it came from an ad agency instead of an advisor firm, so they could really connect with their prospects. They didn’t start introducing their services until you reached their landing page. Connect first, then move to the offer. And make the offer easy and engaging, like a video, animation, or a checklist (more on that in a later post).

Online advertising is always an iterative process. No one ever knows in advance exactly which version of an ad will pull the best. Start with three versions of the same ad, and test them against each other. Pick the winner as your control, then tweak that and come up with something new to test against. That is the only way to bump up your response percentages online while keeping your costs down.

You can’t move the needle with a three-month ad campaign. Your campaign needs to run consistently over a period of time. Repetitive exposure is more important than the actual content of the ad itself. We have one client that has been advertising consistently in local community magazines for more than ten years. They’ve become a fixture. By now, it would be impossible for another advisor to replicate that exposure.

One final word: You may be tempted to put social media marketing strategies off until “later.” Don’t. Right now, the opportunity on many platforms is wide open—but social media moves fast. Facebook is already theold establishment.

Ellevest is doing well advertising on Instagram. And Snapchat is emerging as a place where people consume news. Every channel represents a new place to build a following. If you don’t do it right now, someone else will.